Fishing for Marlin & Other Billfish in Panama

Marlin fishing, in the category of billfishing, is the ultimate sport fishing experience in Panama.  This is due to the size, power and uniqueness of the species.  One of the preemminent fishing places for Black Marlin, Blue Marlin, Striped Marlin and and Pacific Sailfish is Hannibal Bank.  Billfish hunt schools of rainbow runners, black skipjack, and other prey in the reefs around Hannibal Bank. 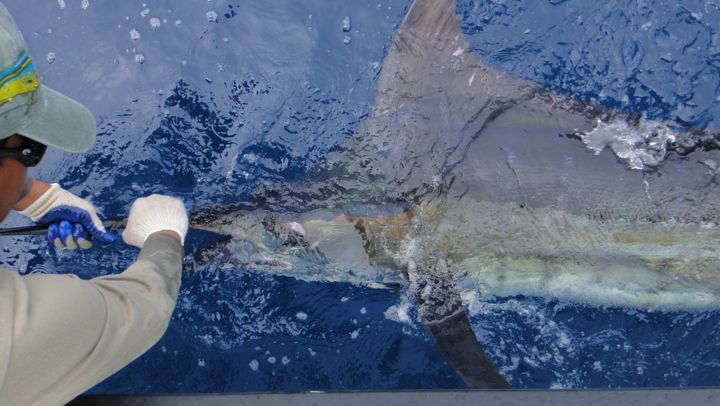 Another Billfish with Come Fish Panama 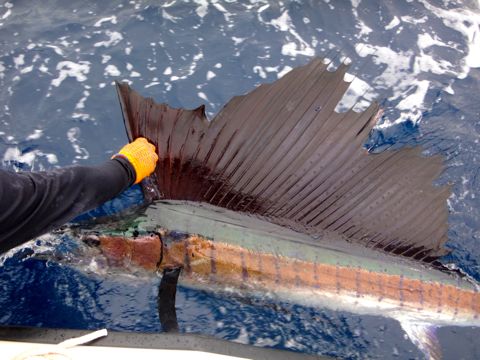 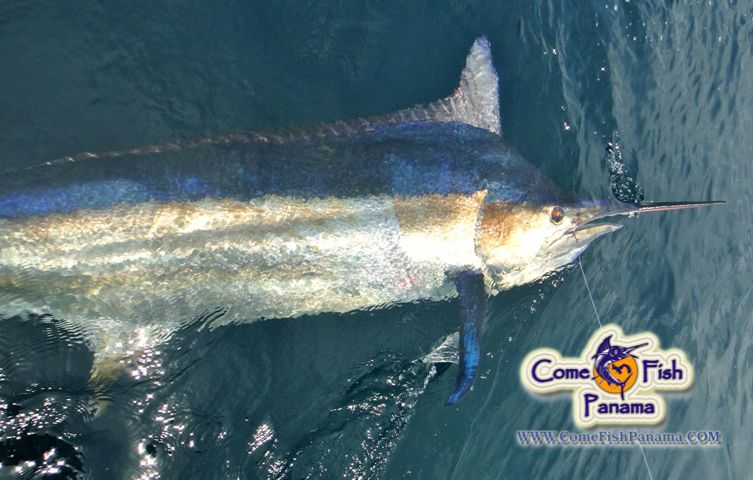 All hooked up here at Come Fish Panama 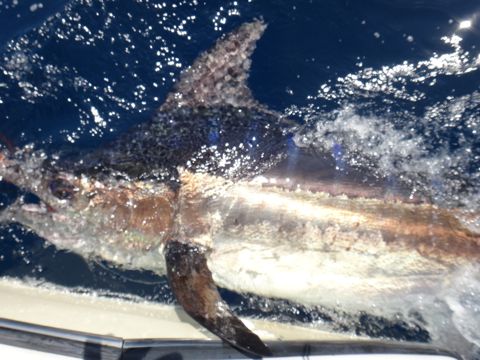 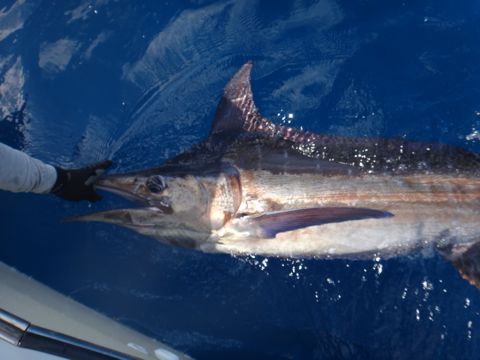 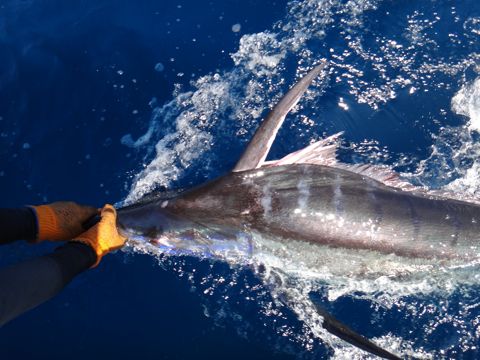 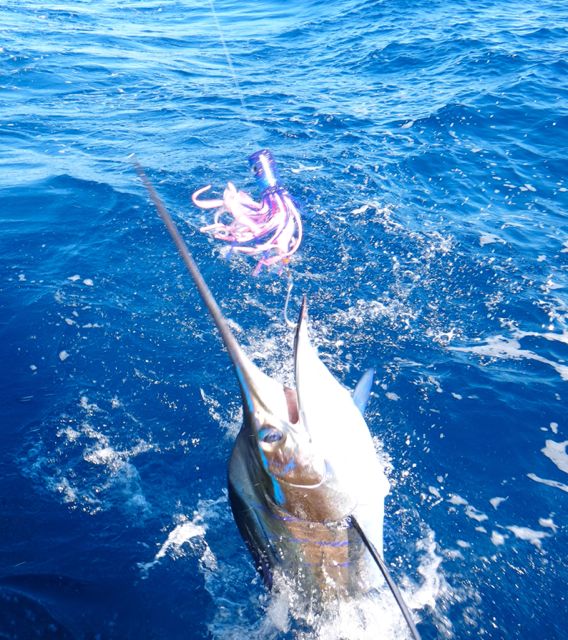 Lit up on a Mold Craft Lure 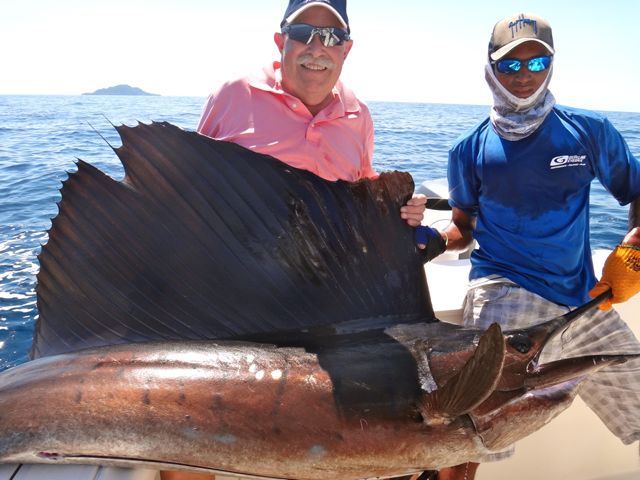 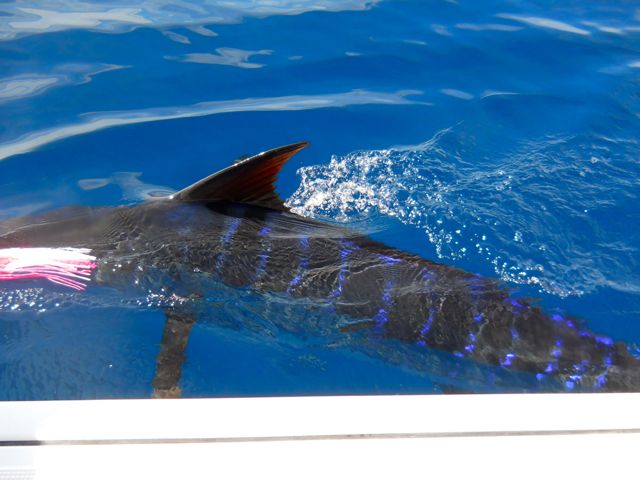 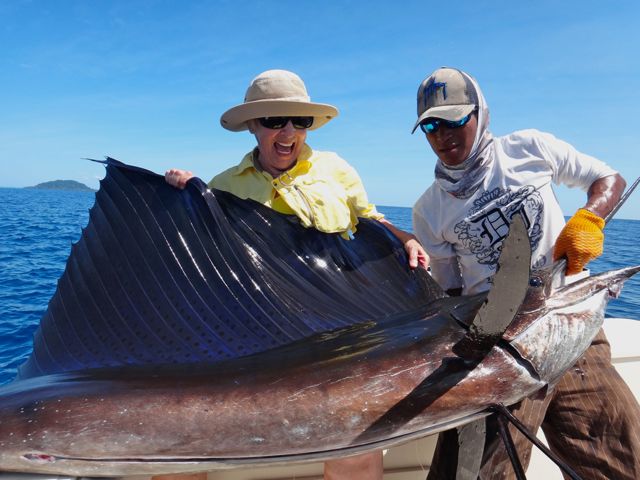 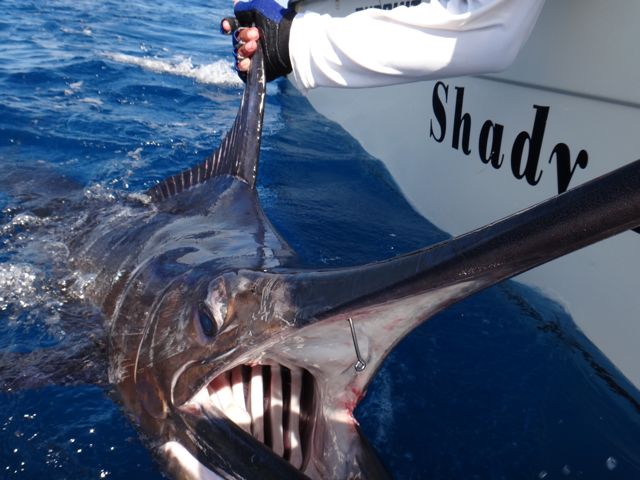 Still with a hook from a past angler inside- We removed it and provided a safe release. 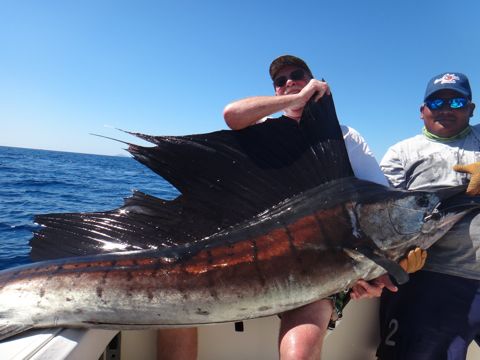 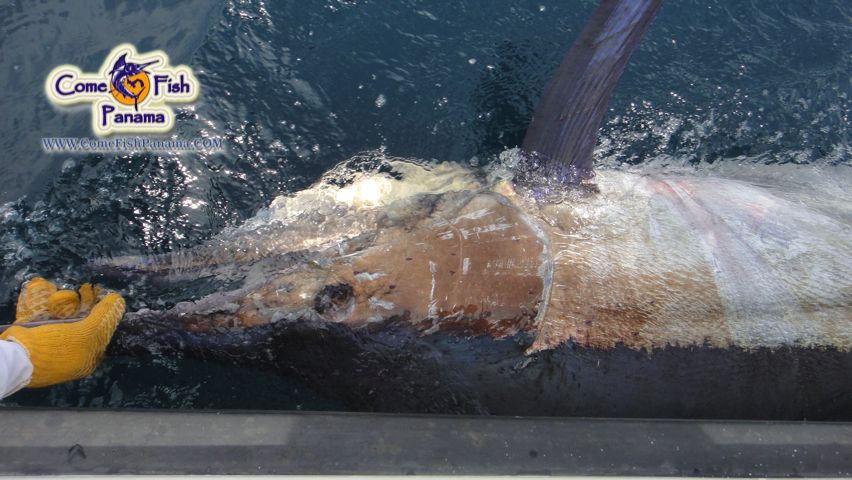 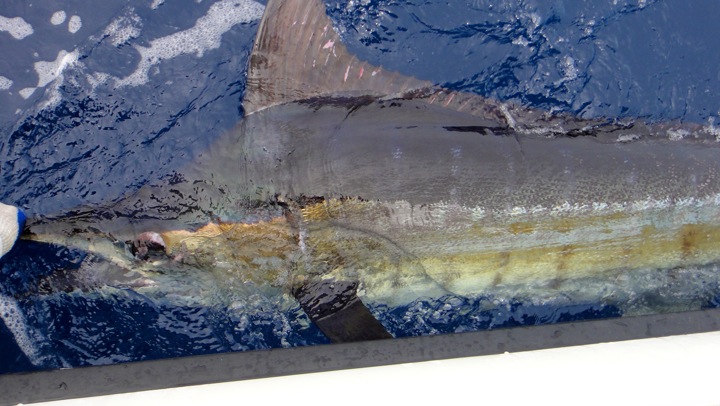 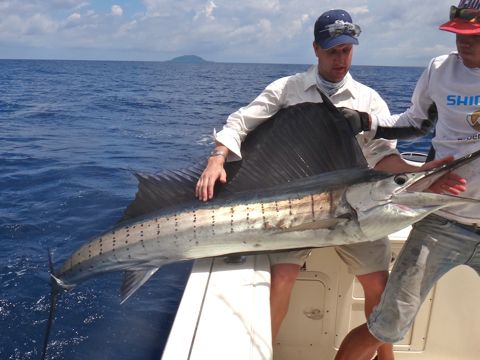 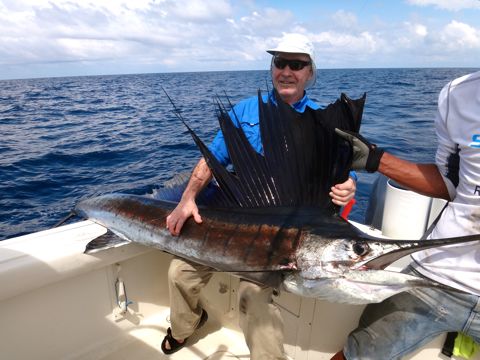 Another Sail on deck 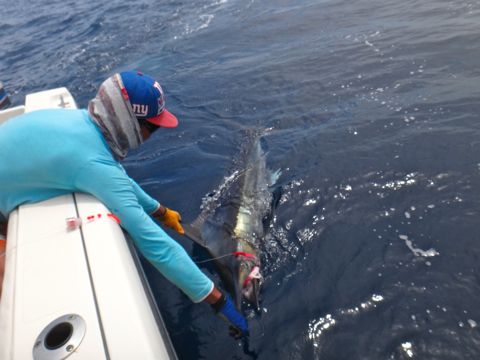 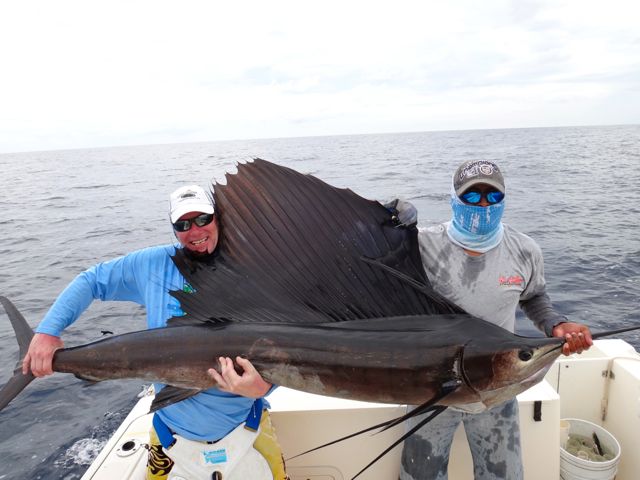 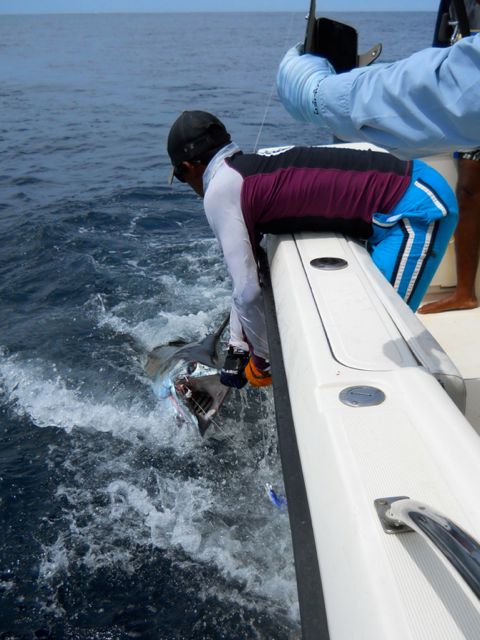 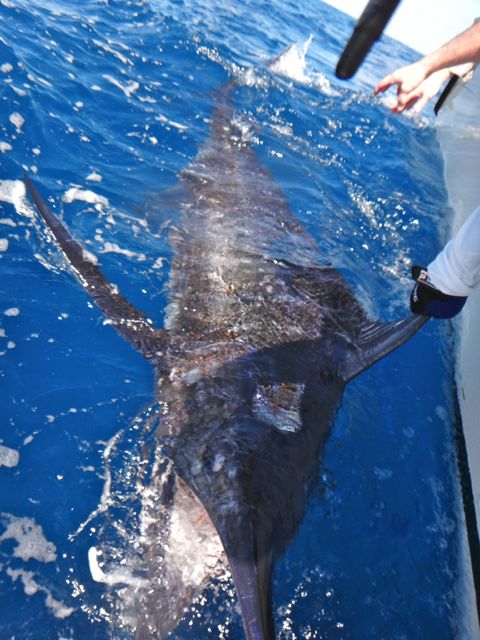 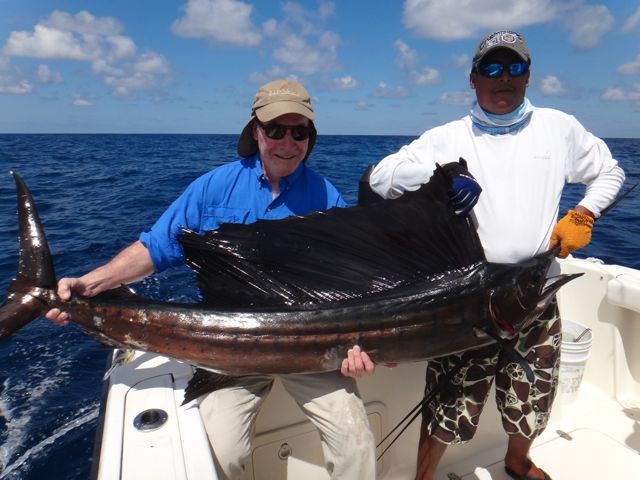 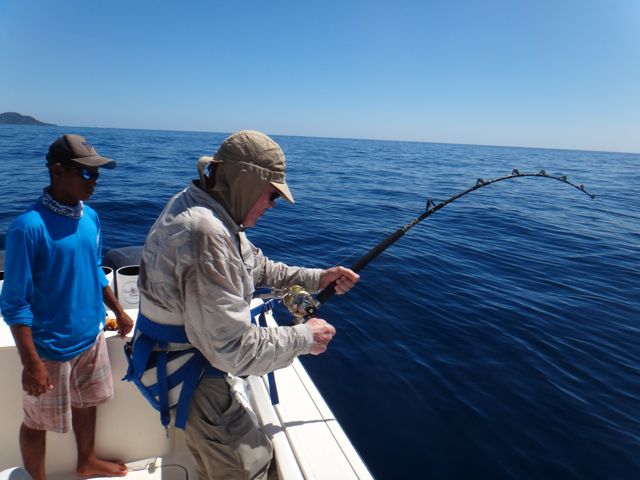 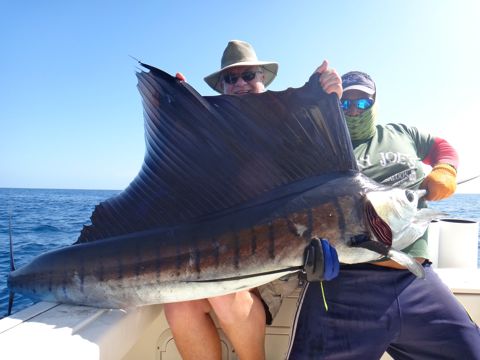 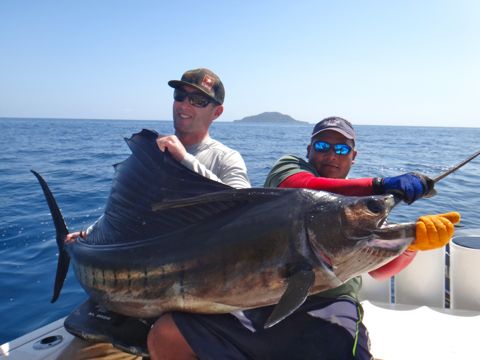 The term billfish refers to a group of predatory fish characterized by prominent bills, or rostra, and by their large size; some are longer than 4 m (13 ft). Billfish include sailfish and marlin, which make up the family Istiophoridae, and swordfish, the sole member of the family Xiphiidae. They are apex predators that feed on a wide variety of smaller fish, crustaceans, and cephalopods.

These pelagic's are highly migratory. They are found in all oceans, although they usually inhabit tropical and subtropical waters; swordfish are found in temperate waters, as well. Billfish use their long spears or sword-like upper beaks to slash at and stun prey during feeding. Their bills can also be used to spear prey, and have been known to spear boats (probably accidentally), but they are not normally used in that way. They are highly valued as gamefish by sports fishermen.

Don't waste any time, the calendar is booking up quickly! Don't miss your chance to take amazing fishing photos with Come Fish Panama!

Quote of the Year

"Most of the world is covered by water. A fisherman's job is simple: Pick out the best parts."
- (Charles Waterman)