Bobby with his 1st ever Pacific Sailfish

To kick things off in January were the Raynor party, followed by the Jefferson, Recksiedler and Mckee groups from British Columbia. From the Midwest were the Schwart and Bashyai groups from Chicago, and last but not least, the Reyes group from San Diego. We sincerely thank each and every angler for trusting Come Fish Panama with their fishing adventure. Most importantly, we appreciate seeing old friends and making new ones.

Normally we start to see billfish in much larger numbers in the Gulf of Chiriquí starting in December. So far, this season has not been an exception. We concentrated our efforts around Isla Montuosa were water quality was excellent and large schools of bait were present.

As expected, Black and Blue Marlin and Pacific Sailfish moved into the

area in pursuit of the food source. With that many large predators in the water, anticipation and excitement among the anglers and crew remained high. One never knew when that next reel would go off with something really big and powerful at the other end. The angling experience of our anglers varied from professional to first-timers. In order to maximize their experience, we tried very hard to tailor the instructions and assistance before and during the fight based on their need. On a few rare occasions, we were asked to step in and help with the rod. Otherwise, the anglers were the ones that went home with the sore muscles! Ravi all smiles on his Pacific Sailfish

During December and January we took over 3,500 photographs of our anglers enjoying their fishing adventure. I selected a few to share with you. Several others were posted on our Facebook page. Please enjoy the pictures below.

Once again I apologize for not publishing a weekly fishing report or uploading our anglers favorite photo. With the action as hot as it was, I couldn’t manage to keep everyone up to date as I would have liked. We hope that the hot bite continues for our February and March guests. I will do my best to try to keep up and get the reports to you on a timely basis whenever possible.

Julie all smiles with a Barred Bull Mahi 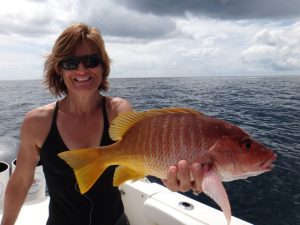 Julie all smiles on Snapper 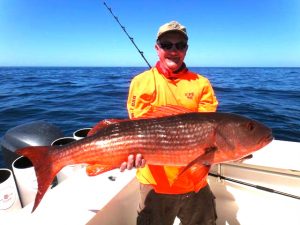 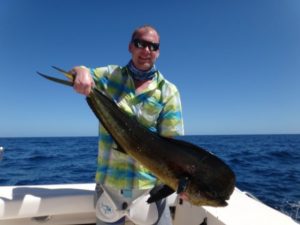 Chris hooking up to Mahi

Brian and Darryl hooking up 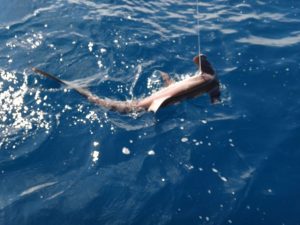 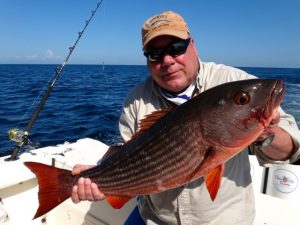 Grant hooking up to Mullet Snapper

Grant adding to the species count for the week 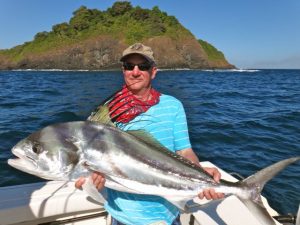 Brian hooking up to big Roosterfish 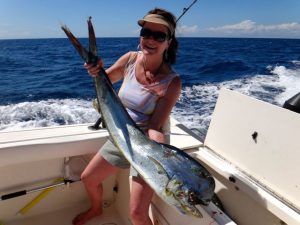 Sue on a nice Bull Mahi as well 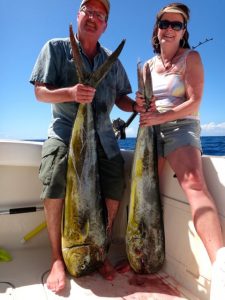 Mark and Sue on Bull Mahi