Anglers from all over the world came to sport fish and the majority were treated to multiple hook ups on Black Marlin, Blue Marlin, Pacific Sailfish, Dorado/Mahi-Mahi, Snappers, Amberjack, and other species which included the early call on Yellowfin Tuna. Tuna Catches averaged 30 to 80 lbs providing popper casting and drop down jigging methods for fighting action. Sport fishing with us this month (not in any particular order) were the Aguirrie group, Parker group, Probst group, Warren group, and Hasle the group.

Adam all smiles on Pacific Sail

plus the occasional North/Northeastern wind but nothing to prevent us from making it out and putting fish on the end of our anglers rod. Conditions for the first 2 weeks of January were par for the course which included the occasional heavy wind with a little rain, affording the chance to cool off from the hot sun every now and then.

With 90% of our anglers booking in advance to fish during the month of January and having the opportunity to catch their 1st ever billfish or 20th billfish, every January continues to provide our anglers the feel and power of these species. With numerous amounts of billfish in our waters it was a great pleasure to hook up those anglers that are targeting these beautiful pelagic fish. Among the other species that frequent the area, anglers were treated to an early Yellowfin Tuna bite with the cold water that came in from the deep southwest of the country into the Gulf of Chiriqui. 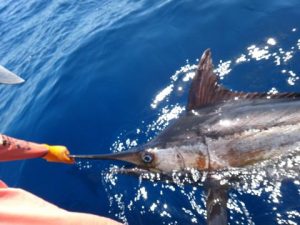 Another Marlin ready for release here at Come Fish Panama

This also brought back a few Wahoo to the area along with a good Pacific Amberjack bite. For future anglers looking to land billfish this has been the continuing trend during the month of January.

Panama has always offered multiple species fishing capability. This holds true for any given month, but this January our anglers were treated very well as some groups were into Yellowfin Tuna, Black Marlin, Dorado, Pacific Sailfish and loads of bottom feeders on a single day fishing adventure. Some anglers enjoyed going from a Marlin rod to a Tuna popper stickthen off to a jigging rod then back to a Pacific Sail rod within a few hours of fishing. All around the start of the fishing season was awesome and many memories were provided for our anglers.

As always we would like to thank all our anglers that fished with during the first two weeks and we greatly appreciate your business as we know there are other fishing operators here. We look forward to your return in the near future and for those who are considering fishing our waters in January we invite you to experience the Come Fish Panama adventure, you will not be disappointed during. 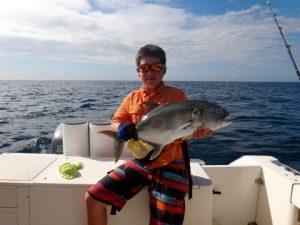 Lantz hooking into a Jack Crevalle 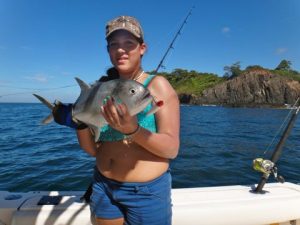 Lilian hooking up with a small Small Crevalle 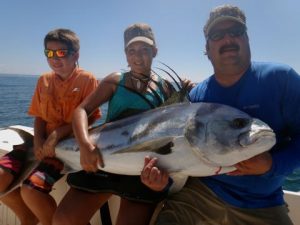 Lilian with her Roosterfish 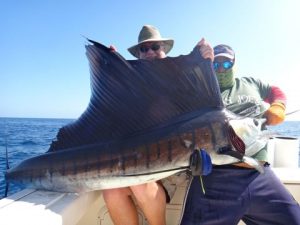 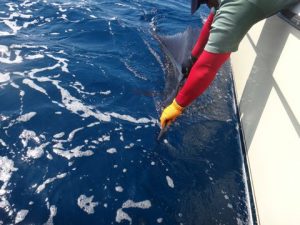 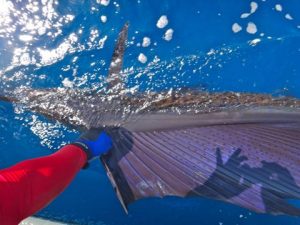 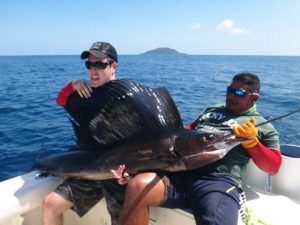 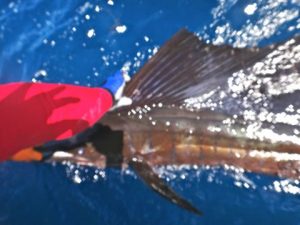 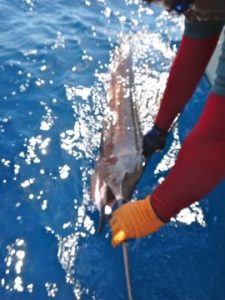 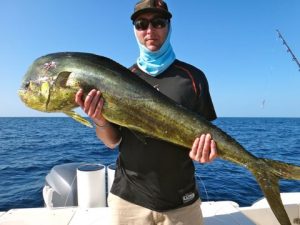 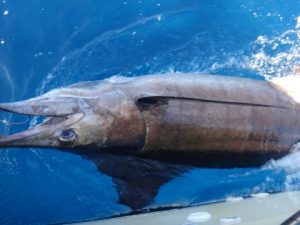