Fishing into the third week of February here at Come Fish Panama we had SoCal returning angler David McNatt and the Myszka group from New Jersey to provide the rod bending popper action.

Blue skies along with blue water and strong swells around 3-5 feet. The wind remained strong out of the Northeast but it did not derail the trip. During the mornings we continue to had variable winds coming out of the NE at 5 to 9 knots and our ride home was a bit smoother with winds out of the South Southwest. Another Tuna on Popper

popper action came alive along with live baiting the Tuna with Blue Runners. David was all over that since he is more of a Tuna angler than billfish. The Yellowfin Tuna were now starting to feeding on small crabs so we had to make quick work in the morning when the Tuna were active. Running offshore as well the Jersey boys were looking to hooked up with Tuna but the bite started to slow down for them. Schools of Jack Crevalles were all over the place that once the popper or Blue Runner landed on topwater it would be slammed and the fight was on. It was a week of Yellowfin Tuna and Jack Crevalle pretty much along with a little bottom fishing and a Monster Cubera Snapper fight to end the week. All in all the action was a bit slow but provided the rod bending action on these strong species for some good fishing for both groups. We would like to express our sincere gratitude to all our anglers that trusted Come Fish Panama with their fishing adventures. We do realize that they have a choice of fishing operators and express our thanks. We look forward to seeingthem and you in the near future. To catch up with these and other past anglers, photographs, visit our Photo Gallery on the site. 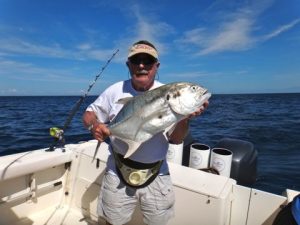 Another Yellowfin Tuna on Deck 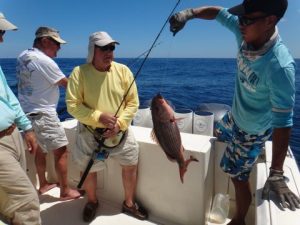 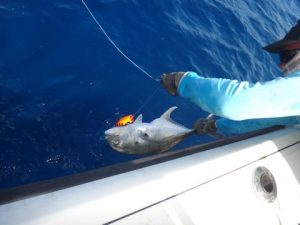 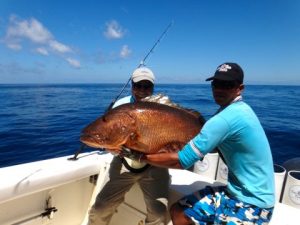 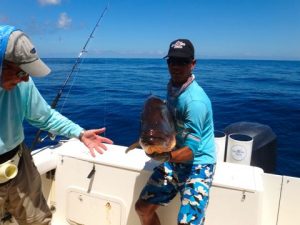 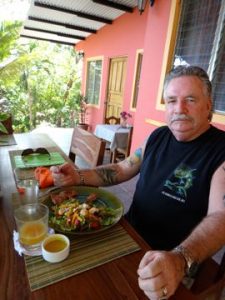 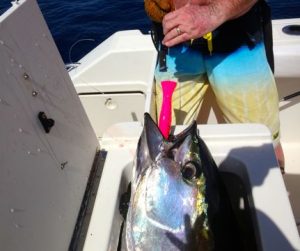 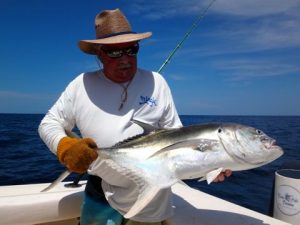