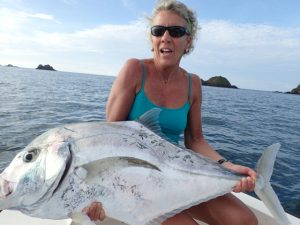 December is the start of the 2016/2017 sport fishing season in Panama. We provided a mixed bag of species for our anglers which brought in many different types of baitfish into our waters.  Angler Steve Ezzell from Colorado, Batcheler group from Florida, Harbist’s group from Texas, Simon’s group from Florida, Bracher from Switzerland, Tonkowich’s from New York, and the Wilkerson’s from Georgia to provide the rod bending action at Come Fish Panama.

December is the tail end of the rainy season and the start of summer here in Panama. Anglers encountered almost full days sunshine with occasional raindrops here and there. It is one of the best months to bend rods for Roosterfish due to the cold topwater temperature. Along with Dorado Cubera Snapper and a host of mixed bag species. Bluewater with a slight 2-3 foot chop during the first 2 weeks and 2 to 4 feet in the last two weeks of the month.  Some floating debris was found from the last of the rain. 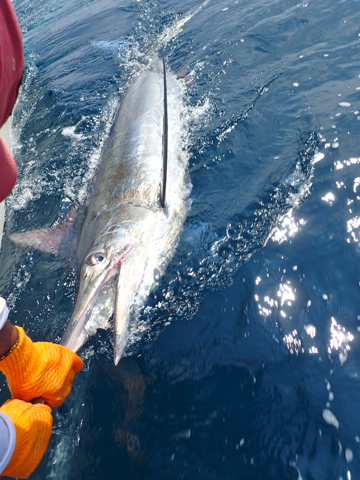 Catch & Release on another Marlin

The northerly wind started to pick up the last 6 days of the month which is common here in Panama.

Most anglers that came to sport fish with us in December were greeted to a wonderful bite on our Roosterfish which we located along the rocky shorelines by feeding them Blue Runners, poppers or stick baits. Cubera Snappers, Bluefin Trevally, African Pompano, Jack Crevalle were also provided in the mixed bag for our inshore anglers. Those anglers that went offshore were hooked up with either billfish or Dorado but the last week of December the sportfishing offshore died.

The Roosterfish action during the month of December took the cake this year which was heavily dominated with great action. Looking forward to January as the Billfish action is peak season here in Panama.

On behalf of the Come Fish Panama team, we once again would like to thank all our anglers that provided us an opportunity to take them sport fishing. We fully recognize that there are many other fishing charter providers out there and are grateful our customers chose us.  Enjoy the full photo action below. 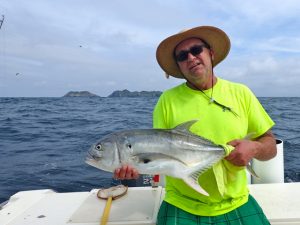 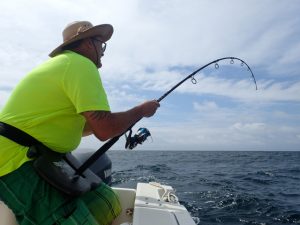 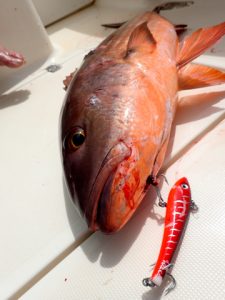 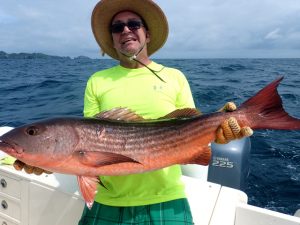 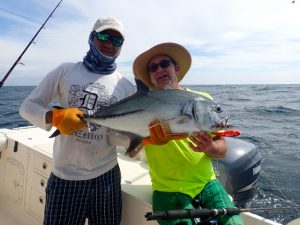